Hope on the Horizon: How data can showcase the bigger picture of the opioid crisis

How data can showcase the bigger picture of the opioid crisis 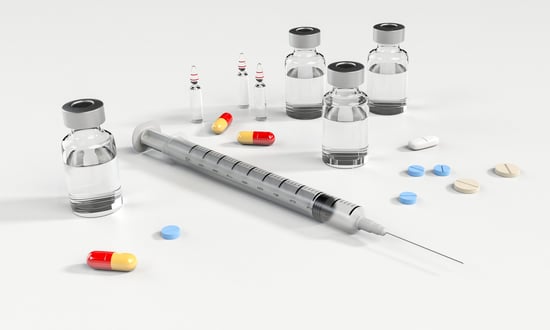 One life gone. Now, another. By the end of today, the Centers for Disease Control and Prevention predict that, on average, 115 Americans will die from an opioid overdose. The cycle will repeat tomorrow and the next day as well as the next.

What was once a chilling feeling has turned numb, leaving the public unphased by the steadily increasing body count scattered across the headlines.

In 2016, 63,632 Americans died from a drug overdose. Nearly 66 percent of those deaths involved a prescription or illicit opioid — a number five times higher than in 1999. No matter what gender, race, or geographic location, hardly anyone is unaffected from the ever growing crisis.

“No area of the United States is exempt from this epidemic — we all know a friend, family member, or loved one devastated by opioids,” CDC Principal Deputy Director Anne Schuchat, M.D. said in a press release on March 29. “All branches of the federal government are working together to reduce the availability of illicit drugs, prevent deaths from overdoses, treat people with substance-use disorders, and prevent people from starting using drugs in the first place.”

It all started with a fatal decision made by pharmaceutical companies in the late 1990s — assuring the medical community that prescription opioids were not addictive, leading to an increase in opioid prescriptions. Fast forward to 2018, America is still trying to escape the national epidemic. With empty promises of reform and progress with no clear plan from the government, how can the country battle a crisis that is heavily rooted in the nation’s culture?

An answer lies within the data that has been collected over the last 20+ years.

“There are two ways data can help: identify the sub-populations (the specific parts of the country and other demographic information) that are affected so that resources to fight the crisis can be deployed effectively as well as measure the level and the effectiveness of the counter measures taken,” Sayee Natarajan, CTO and co-founder of RxDataScience, said.

“For example, there is data available indicating that the opioid crisis is not evenly distributed and specific parts of the country have different types of challenges.”

A big challenge the pharmaceutical and medical industries face with this epidemic is the data being integrated from multiple sources. By working hand in hand with the data analytic companies, the data can be organized and analyzed for doctors and companies to use. This can range from standard prescription data and data from various studies to real world evidence data and poison control centers.

“The ideal analytic program will produce a reliable "score" for each sub-demographic with their level of opioid abuse, but also differentiate between the different products that work differently and need to be tackled differently,” Natarajan said. “A stretch goal for the analytic program will be to also figure out the modality of the epidemic and prescribe a strategy to address it.”

Even with an ideal analytical program in mind, there are still two major concerns when it comes to medical data: privacy and physician friendly portals. To address the first concern, most patient data is already anonymized by the institutions that currently collect and aggregate said data. According to Natarajan, it’s ultimately a balance between the need of privacy and the need to understand the data in order to combat this crisis. As for the physician friendly patient portals, that is a little more complicated.

“The answer lies in more advanced software based on Artificial Intelligence that would automatically rearrange the search results based on the profile of the patient whose data is being edited,” Natarajan said. “For example, software that recognize the types of lab tests ordered and brings up the related diagnostic codes on top of searches could really help improve the data quality.”

In addition to a physician friendly portal, there is the time constraint that physicians have that data analytic companies need to keep in mind. Physicians only have roughly 15 minutes with the patient and the current systems take anywhere from three to seven minutes to load.

“Patient portals in EHR systems are very complex and have a tremendous amount of fields in order to capture data related to an increasing complex number of medical conditions,” Natarajan said. “The software engineers have done a great job fitting thousands of fields in a small number of screens, which implies that it takes a typical doctor a long time to find and enter data, especially when not used frequently.”

“I think Artificial Intelligence and Machine Learning can be used to learn from the way a prescriber operates. The software could rearrange itself so that the fields become ‘easier’ to find what suits the needs of the individual user.”

With numerous problems factoring into the increasing opioid crisis, hope of a potential solution for one of the areas lies on the horizon. By properly analyzing the data and making it user friendly, it helps each industry to see and understand the bigger picture, allowing them to develop a more accurate plan of attack against the epidemic.